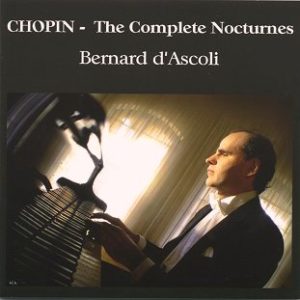 “A revelatory, probing disc from Bernard d’Ascoli… … Let me say at once that even in a heavily competitive market place, this ranks among the most remarkable of Chopin Nocturne recordings. … He announces himself as a top-flight pianist.”
Bryce Morrison, Gramophone – Editor’s choice, mars 2006 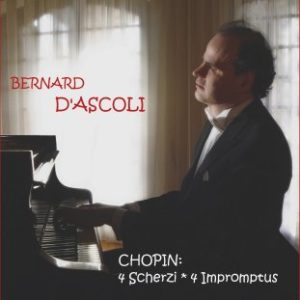 “He obviously has a strong affinity for Chopin’s music and much of the playing on this disc – especially of the Scherzos – reminded me of Rubinstein’s and Ax’s. He shares their directness of approach, firm rhythm, tonal refinement and judicious use of rubato. Textures are clear, melodies are shaped with a singer’s sense of line, and inner voices are handled with subtlety.”
Charles Timbrell, International Record Review – May 2005 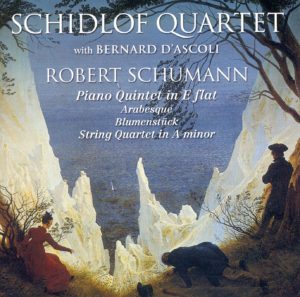 “This lucid yet poetic artistry is ideally suited to the very natural handling of the Arabesque op. 18 and the Blumentstück op. 19.”
Michel Le Naour, le Monde de la Musique – November 2002 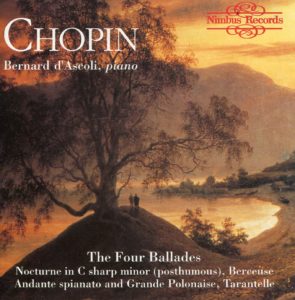 “Bernard d’Ascoli produces the most luminous tone quality imaginable, and in the poetic moments with which these scores abound (the Berceuse and Nocturne are given unforgettable performances), I felt one could hardly ask for more – these are really very special.”
Classical CD – October 1990 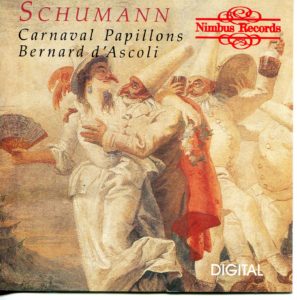 “An ardent firebrand of a pianist, Bernard d’Ascoli launches into this Carnaval with spirited intrepidity. Bernard d’Ascoli asserts himself with his superb sonority, his eloquence and his radiance.”
Jean Roy, Diapason-Harmonie – August 1989 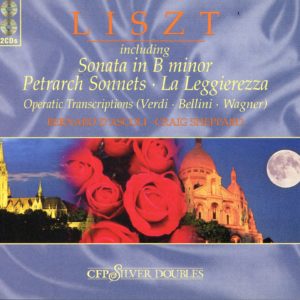 “This is a reading such as I would have expected of Wilhelm Kempff in his prime, crystal clear even in the climatic fugue.”
Edward Greenfield, the Guardian – July 1982